Happy Kwanzaa from the IMSMP!

May peace, love, and unity bring a happy Kwanzaa to all those celebrating from your family at the IMSMP. Coffee has been shown to be neuroprotective in multiple sclerosis, Alzheimer’s and Parkinson’s, three of the most common neurodegenerative diseases. Most studies on the beneficial effects of coffee focus primarily on caffeine, however, coffee also contains many additional molecules with neuroprotective properties. Caffeine benefits the brain’s ability to... more

The IMSMP will be closed for the holiday beginning on Monday, December 24th and will reopen on Thursday, December 27th at 9:00 AM. A neurologist is on-call and may be reached at (212) 265-8070 for any MS related emergencies.

We wish all of our patients, friends & supporters a very Merry Christmas with your loved ones!

Happy Hanukkah from the IMSMP

The IMSMP wishes all who are celebrating the festival of lights, a very Happy and Healthy Hanukkah! Chag Urim Sameach!

Happy Thanksgiving from everyone at the IMSMP! Our office will close at 1:00 pm today, November 21st, and will be reopening on Monday, November 26th. A neurologist will be on-call at (212) 265-8070 for any emergencies regarding your MS.
Wishing everyone a safe and happy holiday with friends, family & loved ones!

With honor, respect, and gratitude, we say THANK YOU to all of the brave men and women who have served and continue to serve our country. Happy Veterans Day!

Regardless of physical status, all people with multiple sclerosis can engage in a daily exercise program. In many cases, equipment is not needed. A walk outdoors can prove to be one of the most beneficial parts of a daily program to help improve MS-related symptoms including fatigue, strength, and balance, while at the same time decreasing levels of depression and social disconnect. On days where walking outside is not possible, a standing program can serve to be an effective substitute. A... more 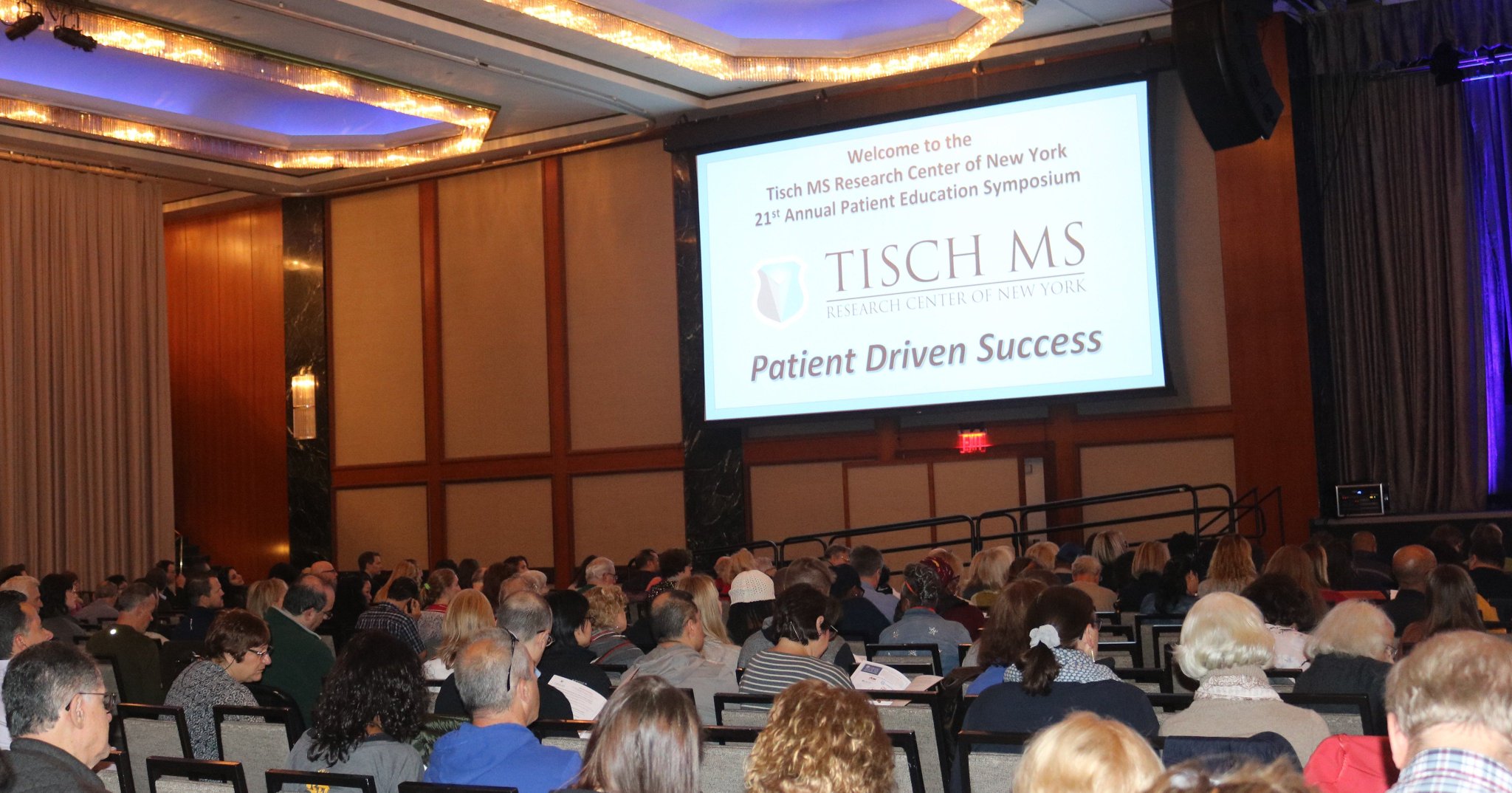 Thank you to everyone who attended the Tisch MS Research Center of New York’s 21st Annual Patient Education Symposium. Each year we strive to bring new information on MS research, treatment and care to all who attend. In response to the many requests we received about obtaining... more

Another Good Reason to Eat Organic

Another Good Reason to Eat Organic

Environmental influences are suspected to play a role in neurodegenerative diseases such as multiple sclerosis, Parkinson’s, and Alzheimer’s Disease. Certain environmental toxins known as “neurotoxicants,” including heavy metals, solvents, and pesticides are known to be harmful to the brain. According to the Society of Toxicology in the paper, The Role of Environmental Exposures in Neurodegeneration and Neurodegenerative... more

Symposium 2018: We Want Your Feedback!

Your opinion is important to us and we would love your feedback. Please take a moment to complete our survey. We appreciate you taking the time to do this and we will take into consideration all of your feedback when planning the 2019 Symposium!